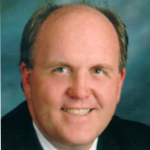 G. EMMETT RAITT, JR., specializes in business, real estate and insurance litigation, with an emphasis on construction litigation, partnership and corporate disputes, real estate broker negligence and breach of fiduciary duty claims, title insurance disputes, and commercial and industrial landlord-tenant matters. He has tried over 20 civil jury trials, and literally hundreds of court trials, during his 44 years in practice. He frequently serves as a temporary judge in the Orange County Superior Court and is actively involved in the mediation and arbitration of business and real estate disputes. He completed the 42 hour "Mediating the Litigated Case" course presented by Pepperdine University's Straus Institute for Dispute Resolution in 2012, and has served as a Temporary Judge in well over one thousand mandatory settlement conferences and mediations.

Mr. Raitt was born and raised in Orange County, where his family has resided since 1884. He graduated from Pomona College in 1972 with a B.A. in Economics and from the University of Southern California School of Law in 1975, where he was a senior staff member of the Southern California Law Review and the author of The Minor's Right to Consent to Medical Treatment: A Corollary to the Constitutional Right of Privacy, 48 S. CAL. L. REV. 1417 (1975).

Please complete the following form, and we will get back to you soon.

Thank you for contacting us. We appreciate your confidence in our office, and will get back to you shortly.

Please complete all required fields below.

I offer a free consultation and I’ll gladly discuss your case with you at your convenience. Contact me today to schedule an appointment.